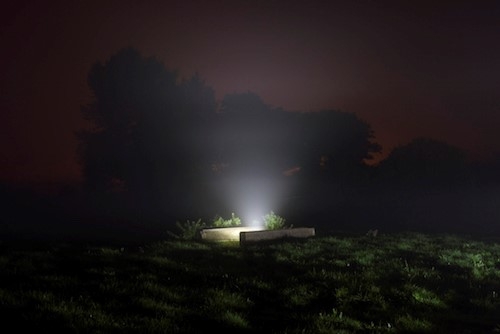 Peter is a final year MA Documentary Photography student at the University of South Wales in Newport. His current ‘Decoy’ project explores the theme of theatricality in war. The images evoke the visual deception employed in a secret British Air Ministry project. Fires, electric lights and fake planes were used to divert German bombing away from the intended targets. The photographs are made at night at former bombing decoy sites.