(Almost) Random Thoughts on the Topographic 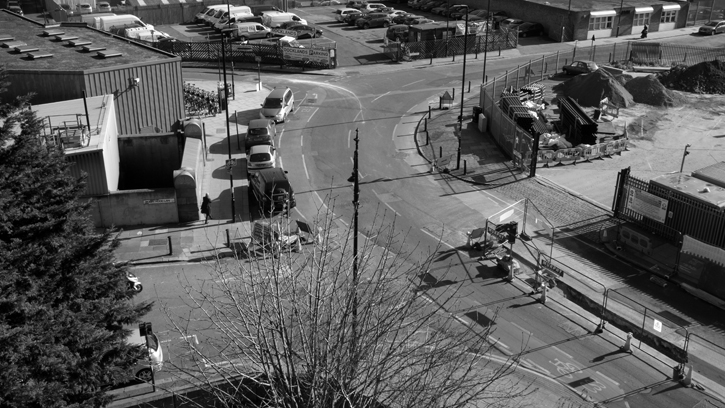 Rarely has a magazine theme created such curiosity and confusion upon announcement. TOPOGRAPHY – although a much used terminology in photography, what does it actually mean? What images were we looking for? During the submission process, we realised there are many interpretations and definitions of the concept of ‘topography’, all centre around the description of surface – either natural or enhanced by human beings. Viewing the theme in this context, you quickly arrive at the eternal debate about the role of objectivity in photography. Is photography merely a representation of the surface or does it constitute an individual artistic viewpoint created by the judgement of the photographer?

LIP members Peter Luck and John Levitt have reflected on their very personal interpretations of how they see the notion of Topography in Photography.

Peter Luck: If someone asks me what sort of photography I do, I usually answer ‘topographic’ in an attempt to locate it somewhere between ‘architectural’ and ‘landscape’. I think that is a fair-enough use of the term but it hardly exhausts its resonances.

The first of several complementary definitions of topography offered by the OED is this: ‘The science or practice of describing a particular place, city, town, manor, parish, or tract of land; the accurate and detailed delineation and description of any locality.’ The language is a little dated but the distinction from landscape in particular is quite clear. So it is in photography.

The key is ‘accurate and detailed’. This is not in any direct sense evocation or mystery; with no spiritual overtones, this is plain photography of the world as it is, a naive photography not subject to the filters of art theory, emotion or commerce. I’m not certain such pure naivety is attainable but I am sure it is worth aiming for.

It isn’t simple: Lewis Baltz, in conversation with one of the other New Topographics photographers once pointed out that however much they aimed for strict objectivity in their photography, that ambition had been the result of an initial subjective decision. This was not an invitation to put the photographers on the couch and probe the roots of that subjectivity; rather it was an acknowledgement of inevitability. And, having acknowledged it, we should set it aside. With regard to their work the proper focus of thought is on the visible content of the photo. It is the un-rhetorical focus on the visible content of the exterior world which characterises topographic photography.

If the subjectivity that calls for an orientation to objectivity is to be set aside, the actual choices of object are not. The OED definition refers only to wholes: place, city, town… tract… any locality. These cannot be summarised as ‘things’ alone, they are also, and often primarily, spaces or spatial complexes. Topographic photography then, pays attention to this. It is this which places it overlapping and spanning between architecture and landscape.

Reasons for ‘paying attention’ may, and I think usually do, come from concerns outside photography itself: environmental, social, political – but also from the desire to avoid rhetoric, which in turn derives from a feeling that rhetoric obscures more than it reveals.

Perhaps it was a rhetoric that Walter Benjamin was getting at with his rather opaque concept of ‘aura’. He describes the aura itself as a ‘phenomenon of distance’, evoking a vision of far mountains or drowsily perceived branches. Might this also be a metaphor for a rhetorically stated consensual understanding, an idealisation, of the scenes of everyday life as viewed from a position remote from that life? If, as Benjamin wrote, Atget drained the aura out of the scenes he photographed and in which his life was lived, has time poured it back? If it was this idealised consensus that Atget made impossible (drained away) then have we accepted the accretion of a new consensus – referring perhaps to a pre-modern ‘golden age’?

To read these photos as Benjamin suggested, as though they were the scenes of a crime, would have been easier at that time when their evidential context would have been everyday experience. As conditions have changed that past evidence has become more and more difficult to decipher. But in the present day the evidential remains, I think, one of the defining characteristics of the topographic.

There is, though, a further limit to the evidential: in recent decades the evidence has retreated from view. As Baltz pointed out, referring to his photographs of blank-box factories, “You don’t know whether they are manufacturing panty-hose or megadeath.” Even so, if the photo is allied to research or a point is made by visual juxtaposition of a number of images, then the topographic lends itself to a questioning of the state of things.

In any event, the evidential is necessarily detailed: the ‘dry’ approach of Robert Adams in showing the devastation of American forests works precisely because it is both panoramic in extent and quietly but remorselessly detailed. The sense is that we are responsible for our environment rather than being simply in awe of it as we might be viewing an Ansel Adams photo. To this extent, and to the extent that politics is properly considered as the unending debate as to what kind of society we want to be, the topographic is closely allied to the political, and so to possible futures. John Levett: The simplest definition of the topographic is: Representing the physical features of an area. I take this to mean any area and any form of representation. A Constable or a Turner will imbue the scene with all manner of associations but I believe that the photographer does the same. I do not believe in any form of objectivity in social photography nor do I believe that any photographic representation omits the photographer. I also (half) believe that all social photography is rhetorical if only in the sense of a photographer persuading her/himself that an emotive response is still securely in the locker.

For me, all representation is subjective including the mobile representation of walking a space before experiencing the enlightenment of ‘must snap that’. I am also disposed to question the existence of ‘the exterior world’ in the sense of it existing beyond my own experience of it. I know that there is a disturbance on a street in Cairo but I only experience the fact of sitting in a seat and viewing its representation. Add together all of the representations that I acquire in this way and I can never walk down that street in Cairo without the accompanying baggage that I’ve acquired. The topographic awaits my expectation of it.

Next week I will be in Middlesborough, Hartlepool and Easington. Say each one of those place names without a pictorial representation to accompany it. In your piece you use the word ‘accretion’ and I think it’s a useful word to apply to the topographic or, more accurately, The Topographic or possibly THE TOPOGRAPHIC because of its eternal presence. Once we begin using ‘The’ then we start digging up the graves: Atget has much to answer for. (He was resurrected at last week’s Greenwich LIP meeting; much in the urban context!) I also have a self-note here referring to ‘A gentle breeze/A quality’ meaning the experience of passing-through or have been passed-through; almost like the ‘presences’ in Henry James’ ‘The Turn of the Screw’. The Topographic as political and related to ‘possible futures’ is positively worth examining – and along with it ‘the evidential remains’ and its evocation. The non-material ‘evocation’ is, for me, a crucial if not defining element of topographical representation.

Submitted to the TOPOGRAPHY ISSUE, Spring 2015